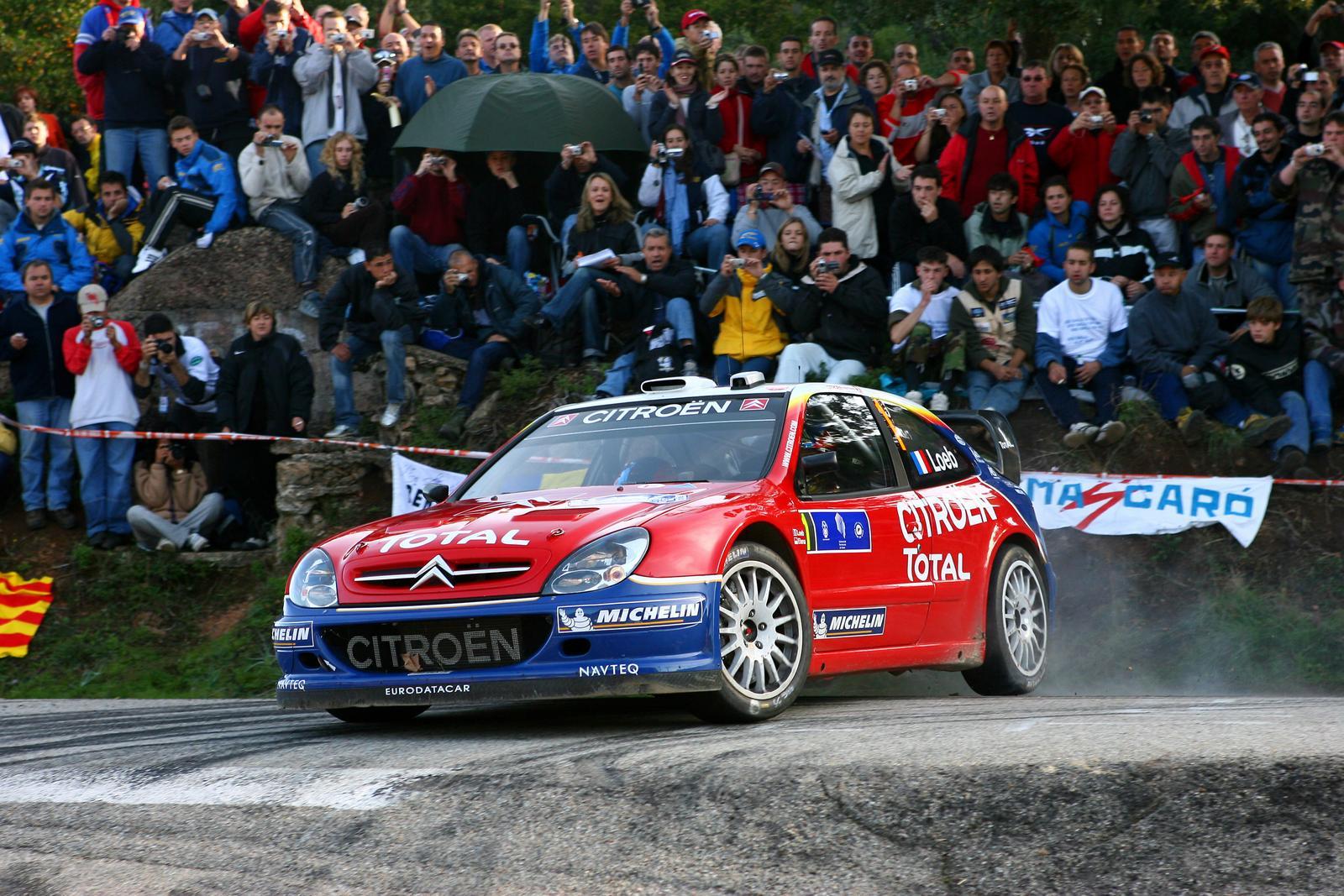 There are over 200 rally cars for sale / rent ads currently active on racemarket.net.
Here is a selection of 10 that caught our attention.

10. Peugeot 208 R2
The 208 R2 got on the 10th place, not because it would be something really special, but because it got so popular in such short amount of time and almost pushed out others like Citroen C2R2, Ford Fiesta R2, Skoda Fabia R2 etc. and kind of become a “standard” for the R2 class. The introduction of Opel Adam R2 brought some fresh competition, but the dominance in presence of 208R2 on rallies is still obvious.
There are many ads available for 208R2 for sale and rent, one of these also includes his “big brother”, the 208R5 T16:
https://racemarket.net/rally/rally-cars-for-rent/2x-peugeot-208-r2-and-peugeot-208-r5-t16-evo-2017-i1676

9. Nissan 350Z
The Japanese manufacturer is not really known in rallying, especially with the 350Z model, which is more used in drifting rather than rallying. But the Dutch seem to like it, as this one competed in “Dutch 350Z challenge”. For the reason of unusuality, its V6 engine and rear-wheel power, it takes the 9th spot on our list.
Built in 2013 and weights 1398kg (+ driver), it has 3.5 litre V6 engine, which produces 310 horse power and 360Nm of torque, with top speed of 217km/h. Equipped with Nissan 6-speed gearbox, Brembo brakes and Proflex 3-way adjustable suspension, fully complies with FIA regulations and is ready to race.
Here are the details:
https://racemarket.net/rally/rally-cars-for-sale/nissan-350z-dutch-350z-challenge-specs-i1611

8. Ford Escort RS 2000
The Escort really doesn’t need no special introduction, a rally classic that everyone knows and is still commonly used in rallies in UK and Ireland, those who had any encounter with Ford Escort before, will know it’s needless to explain why it’s still so.
There are a few listed for sale now, but this one on the photo below is Ford Escort RS 2000 MK II 1979 (with genuine RS 2000 papers), Pinto 2.0 motor (rebuilt) with 178 hp, carburetors Weber DCOE 45, oil cooler, big aluminium water radiator, adjustable suspension, Superlite wheels. bucket seats and seatbelts FIA valid…
https://racemarket.net/rally/rally-cars-for-sale/ford-escort-mk-2-rs-2000-group-2-fia-i1006

7. Renault Clio S1600
With its main disadvantage – two wheel drive (front), this little beast fits into Super 1600 class and can produce quite a lot of power, excitement and fun. And doesn’t it look great in the orange / black combo? This car is currently owned by Bernd Zanon and has many success in Italian rallying and elsewhere in Europe. Can you handle it? Info below.
https://racemarket.net/rally/rally-cars-for-sale/renault-clio-s1600-zanon-racing-i1624

6. Mitsubishi EVO IX
The 9th generation of Mitsubishi Lancer Evolution, or better known as EVO IX. Arguably the best looking (and performing) generation. There is just something special about this car, we don’t know what, but it just is. That sound, the four wheel drive, the shape, the legacy? Don’t take this wrong, we love Subaru, but in the war of Mitsubishi vs. Subaru, we would proudly stand on the Evo side. This does not represent the opinion of racemarket.net Team, as our CEO would strongly disagree, as “S12B is a car, everything else is just a vehicle..”.  Luckily, he’s not the one to write this articles.
Back to EVO’s, multiple available for sale or rent, this one on the image below is for sale for the price of 60.000 euros, R4 Ralliart HKS engine, Drenth gearbox, GEMS electronics, Ralliart differentials, Reiger suspension, Speedline wheels with additional spare parts included to keep you covered for the first few rallies.
https://racemarket.net/rally/rally-cars-for-sale/mitsubishi-evo-ix-r4-ralliart-i433

5. Peugeot 207 S2000
The Peugeot 207 S2000 was introduced in 2007 as a successor to Peugeot 206 WRC.
Even if it’s a bit “older” car, it still produces a lot of power from its 2-litre naturally aspirated engine, 280 horse power, to be exact. It has 6-speed sequential gearbox, mechanical limited slip differentials and four wheel drive.
Since 2014 it’s being replaced by Peugeot 208 R5 T16, but it’s still a car any driver would want in its garage. The following car is for sale by RSSport in Italy and has engine from 2014 (new evolution) with gearbox also rebuilt:
https://racemarket.net/rally/rally-cars-for-sale/peugeot-207-s2000-by-rssport-i766

4. Skoda Fabia R5
The regular participant in WRC rallies in WRC2 class and most dominating car in the past seasons in the latter (well, with help from great drivers), it sure is a car that fits the list.
Equipped with 1.6litre turbocharged engine, which produces 275 horse power and 420Nm torque, manual sequential gearbox, all wheel drive, self-locking differentials and weights 1230kg.
This Skoda is available for rent (arrive and drive package) for WRC and ERC rallies or national events, with full support of experienced rally team Eurosol from Hungary.
Info: https://racemarket.net/rally/rally-cars-for-rent/skoda-fabia-r5-i647 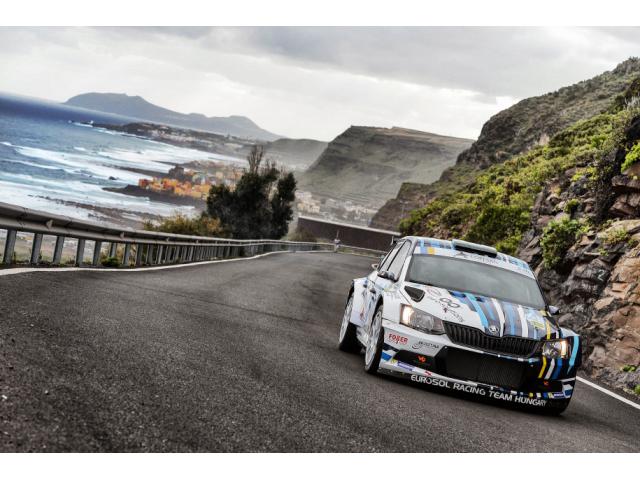 3. Citroen Xsara WRC
Citroen Xsara WRC was made as a successor to Citroen Xsara Kit Car from 2001 to 2006 when it was replaced by Citroen C4 WRC (2007). It’s one of the most successful cars in a history of World Rally Championship, with 32 wins and six world titles, mostly thanks to Sebastien Loeb. It has 2-litre turbocharged engine, which produces 300hp, four wheel drive and 6-speed X-Trac sequential and is still widely used by privateer teams in rally and rallycross competitions. This one is for rally rentals by professional team D-Max Racing in Italy, for more details see:
https://racemarket.net/rally/rally-cars-for-rent/citroen-xsara-wrc-i132

2. Metro 6R4 Group B
Oh, the Group B, the so called “golden era of rallying”. When the regulations were almost non existent and the power/weight ratio was almost 1. The Metro 6R4 was competing for Austin Metro team in 1985 and 1986, was driven by Malcolm Wilson, Didier Auriol and others. It produced 390hp from 2991cc V6 middle placed engine. This historical car should fit in anyone’s collection, but we prefer rally cars being driven rather than “exhibited”.
https://racemarket.net/rally/rally-cars-for-sale/metro-6r-4-group-b-i1587

1. Lancia Delta Integrale
And the number one goes to the legendary Lancia Delta Integrale, a timeless car.
With latest Abarth specs, 400hp, Martini livery and previously driven by legendary Miki Biasion, what more do you need? Check it out below:
https://racemarket.net/rally/rally-cars-for-sale/lancia-delta-integrale-ex-miki-biasion-i1097

This website uses cookies to improve your experience while you navigate through the website. Out of these, the cookies that are categorized as necessary are stored on your browser as they are essential for the working of basic functionalities of the website. We also use third-party cookies that help us analyze and understand how you use this website. These cookies will be stored in your browser only with your consent. You also have the option to opt-out of these cookies. But opting out of some of these cookies may affect your browsing experience.
Necessary Always Enabled

Any cookies that may not be particularly necessary for the website to function and is used specifically to collect user personal data via analytics, ads, other embedded contents are termed as non-necessary cookies. It is mandatory to procure user consent prior to running these cookies on your website.