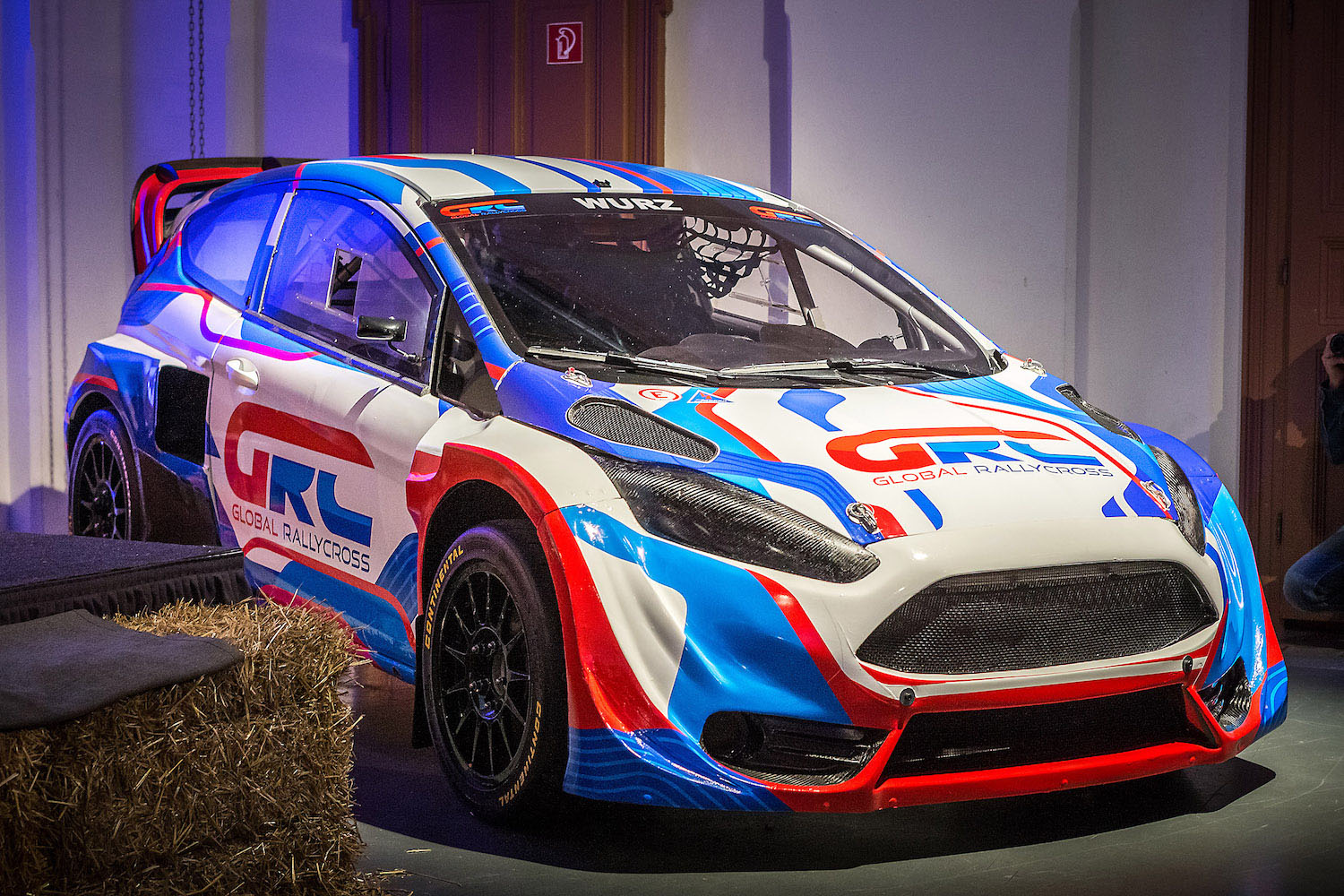 First, let’s put the facts straight. FIA World Rallycross Championship was awesome. And before you start wondering “how could they possibly say was”, let us explain. WorldRX was since its inaugural season in 2014, arguably one of the best racing series available. Short, action packed races, massive 600bhp turbo charged Supercars, launching from 0-100km/h in 1.9 seconds, great media coverage and certain traditional venues like Lydden Hill, which is basically a synonym for rallycross since its introduction in the late 60’s. Take all this into account and add a lineup including former WRC champions like Sebastien Loeb and Petter Solberg, DTM champion Mattias Ekström, sons of former rallycross race car champions (Larsson, Kristoffersson, …) and most notably the Hansen family, who lives rallycross through three generations now, and you get the series you just can not miss.

But why did we use “was” instead of “is” and why do we expect it will change in the following seasons?
1. Moving away from traditional venues:
The 2019 Calendar was not really well welcomed by the fans as a few of the traditional race tracks with rallycross spirit were left out in favor of modern, F1 tracks, adapted for rallycross. While season 2018 already brought a big surprise by replacing Lydden Hill with Silverstone, the 2019 brings more changes with BelgiumRX moving from Mettet to Spa-Francorchamps, addition of Yas Marina in Abu Dhabi, with USA, Portugal’s Montalegre and German Estering left out. The last two were really fans favorites, even though Montalegre doesn’t represent quite a historical location, but has always provided an interesting racing weekend at 1800m altitude, most notably in 2018 when the race was driven in snow, an unusual rallycross surface. 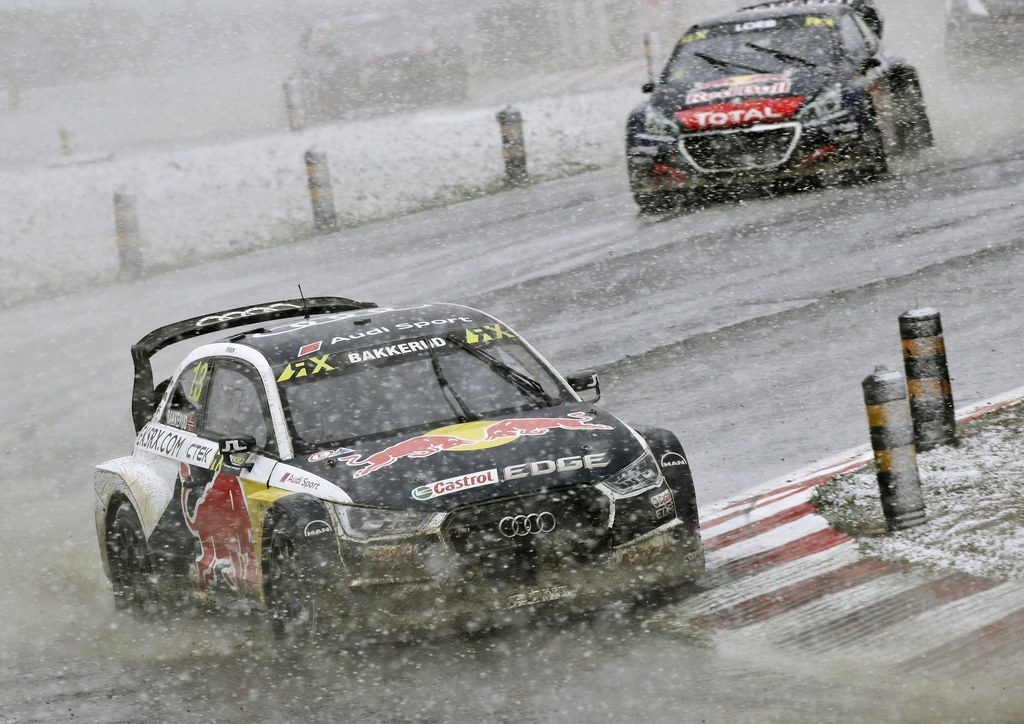 While the Kevin Eriksson overtake should be one of the things you will not forget from Estering, here is a quick recap:

2. Going electric:
As it was announced, FIA World Rallycross Championship will be a fully electric series starting from 2021 season. We’re not against evolution and saving the environment, but we agree with the words of GRC Europe CEO Max J. Pucher “electric driving is the future, but not electric racing”.
Why? Let’s make a quick example.
First enjoy the symphony of the 600bhp engine and the anti-lag system from the WorldRX start from Sweden 2016 (sound on):

And then watch the electric version:

It is, indeed, impressive, to produce such power from the batteries, but does it give you goose bumps as the start above? The sound is crucial. Hearing only tyres at races will make surroundings so quiet, that we are not sure how it will look like. Either you would have to listen to “that annoying” spectator next to you, always complaining about wife, politics… or the whole venue will turn into a theater, observing in full silence. Do we really want that?

3. No factory teams:
Due to reason described in #2, with the goal to take a pause to prepare for electric series, all manufacturers decided to skip season 2019, which means Peugeot, Audi, Volkswagen, Ford (OMSE) will not be present as a manufacturer team.  This also means new “adventures” for the drivers mostly moving away from rallycross, with Loeb going to Dakar and later competing at 6 WRC events for Hyundai, Solberg also rumored to continue competing in WRC with VW Polo R5, with other’s futures yet uncertain. The GCK Kompetition is expected to continue with Renault Megane RS RX, GRX Taneco with Hyundai i20 WRX and newcomer ES Motorsport owned by Ernestas Staponkus, which drvers will be driving Skoda Fabia WRX. How many other privateers and teams will join them is yet to be announced.

Today was a special day. From growing up in Bergen far away from all the racing tracks in the world, to being able to test a DTM car in a factory team today – is something I’m really proud of. DTM is a motorsport on top of the game, being on the inside of it was an awesome and unique experience! @audisport and Team Rosberg, thank you for the opportunity! #DTM #THANKS

I’ve been busy working on many different projects for 2019. Both trying to stay in Rallycross but also looking at other motorsports. (So I haven’t really had time to be on Instagram if you’ve noticed 🙄😂). There are a lot of cool things out there to choose between! Where would you guys want to see me race? Comment! 👇

And here comes the Global Rallycross Championship Europe or GRC Europe, organized by MJP Promotions. Starting in 2019, with 5 competition weekends plus a grand finale and the venues like Lydden Hill, Montalegre and Estering, new tracks in Austria in Hungary, with France still unconfirmed. 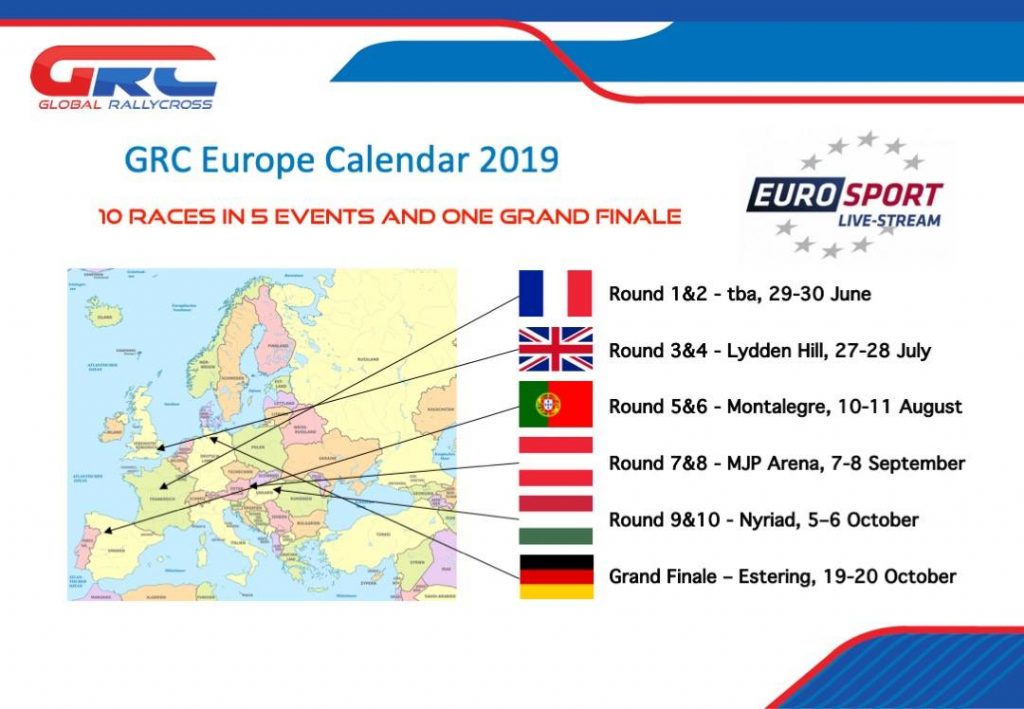 We still have to wait for an official lineups, but judging by the venues, streaming on Eurosport and considerably lower budget due to all races occuring in Europe, it just might be a real interest to quite a lot of drivers (and sponsors), including the ones on pause from WorldRX.
So, we don’t know what the future holds for this series and we do not expect the GRC Europe to fully “kick in” in the first season, but it sure does look promising. GRC Europe is not meant to be a competition to FIA World RX, but rather an addition to further promote this wonderful motorsport called rallycross and we surely hope that both series will continue to evolve in the way the drivers, the fans and of course the sponsors, who make this all possible, love.
Find out more about GRC Europe at their Facebook page or website and leave your thoughts in the comment section below.

Also have a look at all the rallycross cars for sale available.

Disclaimer: All rights belong to their respectful owners, this article is not in any way connected or affiliated with any of the series or persons mentioned in its content and its intention is not in any way to discourage or offend, it’s just a personal opinion which does not represent official standing of the racemarket.net team.

This website uses cookies to improve your experience while you navigate through the website. Out of these, the cookies that are categorized as necessary are stored on your browser as they are essential for the working of basic functionalities of the website. We also use third-party cookies that help us analyze and understand how you use this website. These cookies will be stored in your browser only with your consent. You also have the option to opt-out of these cookies. But opting out of some of these cookies may affect your browsing experience.
Necessary Always Enabled

Any cookies that may not be particularly necessary for the website to function and is used specifically to collect user personal data via analytics, ads, other embedded contents are termed as non-necessary cookies. It is mandatory to procure user consent prior to running these cookies on your website.